THE ABC'S OF HOW 'NOT' to WRITE SPECULATIVE FICTION: K is for KANGAROOS and OTHER BEASTIES 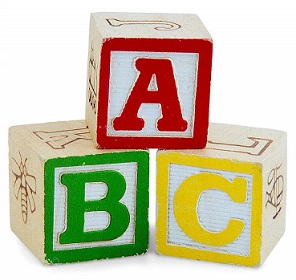 SOME OF THE MOST MEMORABLE CHARACTERS FOUND IN speculative fiction are animals or other types of aliens. These characters may also be the most difficult to write convincingly. The flaws found in using animals or other non-human characters as protagonists (or antagonists) tend to fall in one or more of the following categories:

The protagonist is an animal or an alien stereotype:  We’ve received numerous beast stories (set in speculative fiction settings), where the writers don’t lift their characters above the stereotype of what they think their beasts are all about. In stories such as these, a cat protagonist might be clever, sly, lazy, selfish, sleep most of the time, and have an overly developed fondness for fish. A dog character might be loyal, loving, energetic and brave, yet aggressive when the need arises. If we were to make the dog more catlike or vice versa, we might have a more interesting character and story. (Not that I’m suggesting writers do this. There needs to be much more to animal/alien SF stories than this, but the point is to lift the character from its stereotype. Make it unique).

The character is a human dressed in an animal/alien suit: I think I've talked about this one before in a previous ABC's post and on the I Read On Spec Facebook page. The writer hasn’t gone far enough with the animalness or alieness of the character. We once received a dog story where the canines had been genetically altered to reason like humans, but without opposable thumbs, they were at an impasse in a crumbling world. Although the story was poignant, it would have made a far more interesting read if the writer had really immersed the reader into a dog’s world, where scent contributed more to understanding than sight, higher frequency hearing made a difference in some way, or other drives (like pack sense or alpha establishment) played a role. Questions to ask when crafting animal or alien characters might include – how are they not like us? What would their non-human concerns or issues be? What are their greatest fears, drives, or motivations? What are their quirks? Of course, this also applies to hybrid creatures - werewolves, etc. In my opinion, the best stories show us where they step away from being human.

The character is so much of an animal or alien that the reader can’t relate: There is no ‘hook’ for the reader to understand the character’s mental, emotional, or physical state, or its motivation. Without some connection to a variation of human experience, we can’t relate.

The character is an insult: I haven't run into too many of these, but we once received a story where the key secondary character was an alien who had the head of a dog and the body of a sexy, voluptuous woman. Needless to say, none of us female editors at On Spec enjoyed the joke.
Posted by Suzenym at 10:03 AM

Email ThisBlogThis!Share to TwitterShare to FacebookShare to Pinterest
Labels: K is for Kangaroos, Sexism, Short Story Editing, Short Story Writing, The ABC's of How NOT to Write Speculative Fiction

Suzenym
My debut novel, 'The Tattooed Witch' (Five Rivers Publishing) was released in July, 2013 and was short-listed for a 2014 Aurora Award. The second book in the trilogy, 'The Tattooed Seer', was released in August, 2014, and 'The Tattooed Queen' the final book, in December 1st, 2016. Common themes include tattoo magic, gypsies, flamenco, the Spanish Inquisition, and psychic abilities. All three books are historical fantasies set in an alternate medieval Spain during her colonial expansion into the New World. Currently, I am studying flamenco baile (dance) in Spain. I will soon return to Canada, and resume working on a new Historical Fantasy series set in England during the Edwardian Period. Think witches in a small town who don't want to be discovered by the British government, an unfortunate accident involving a motorcar, and a nosy detective arriving from Scotland Yard, bent on discovering all of their secrets. There might also be an inter-dimensional war involving Faerie combatants, and old dragons who should stay dead but don't. A bit much for my poor protagonist to handle. Whom can she trust? Even I'm not sure about that. :-) 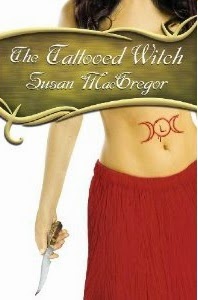 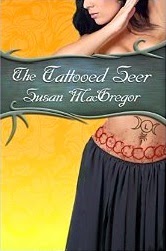 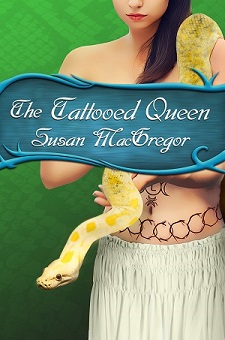